** Note: Deal has sold out -- below are some of the most popular ways to keep in touch so you don't miss future HOT deals like this one ** Details. This post may contain affiliate links which support this site. Read our disclosure policy here. 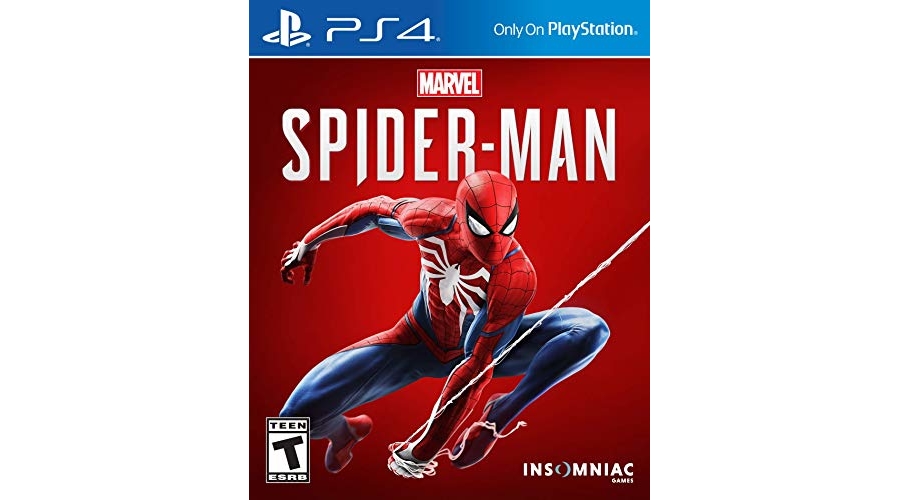 How can you be bored when games like these have hundreds of things to do and explore! Amazon has an awesome deal you can score on the Marvel’s Spider-Man – PlayStation 4 for $25.00 (reg. $39.99), which is the lowest price it has been to date! I have had this game myself for a while and there’s still so much to play so you’re really getting your monies worth!

Marvel’s Spider-Man features your favorite web-slinger in a story unlike any before it. Now a seasoned Super Hero, Peter Parker has been busy keeping crime off the streets as Spider-Man. Just as he’s ready to focus on life as Peter, a new villain threatens New York City. Faced with overwhelming odds and higher stakes, Spider-Man must rise up and be greater.

Be Spider-Man
After eight years behind the mask, Peter Parker is a crime-fighting master. Feel the full power of a more experienced Spider-Man with improvisational combat, dynamic acrobatics, fluid urban traversal, and environmental interactions. A rookie no longer, this is the most masterful Spider-Man you’ve ever played.

Marvel’s New York is Your Playground
The Big Apple comes to life as Insomniac’s most expansive and interactive world yet. Swing through vibrant neighborhoods and catch breathtaking views of iconic Marvel and Manhattan landmarks. Use the environment to defeat villains with epic takedowns in true blockbuster action.

Lowest Price on LEGO Disney Pixar’s The Incredibles – Xbox One 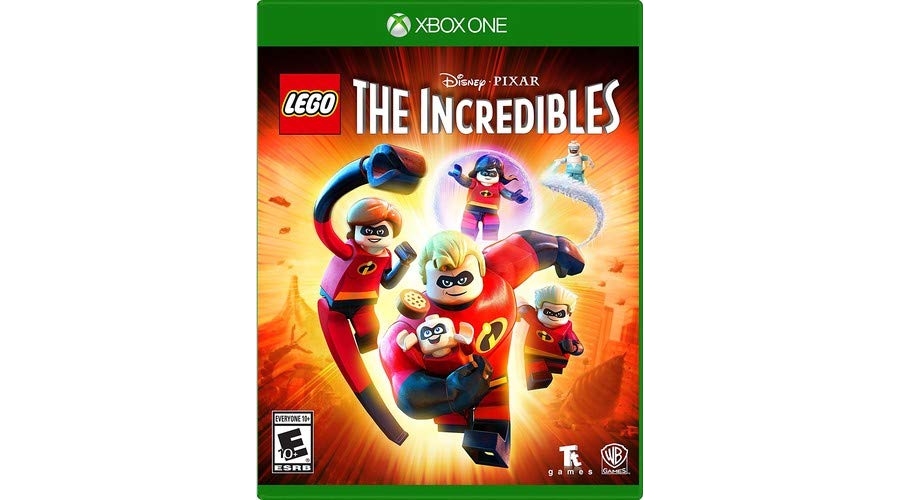 Keep your kiddos entertained on the cheap this summer! Head over here where you can find the lowest price to date on the LEGO Disney Pixar’s The Incredibles – Xbox One for $18.00 shipped!

Experience the thrilling adventures of the Parr family as they conquer crime and family life through both Disney-Pixar films The Incredibles and The Incredibles 2, in a LEGO world full of fun and humor. LEGO The Incredibles allows players to explore action-packed story levels and an epic hub world – including Municiberg and New Urbem, as they use their unique “Super” abilities to bring the city’s Super Villains to justice. Gamers can also team up with family and friends in 2 player co-op to assemble incredible LEGO builds!

See it here: LEGO Disney Pixar’s The Incredibles – Xbox One >>> 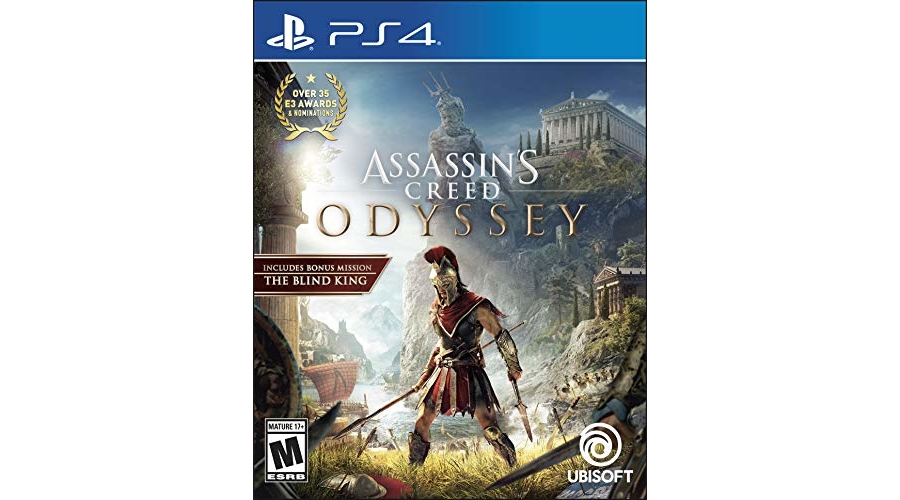 Amazon.com is offering the highly rated Assassin’s Creed Odyssey – PlayStation 4 Standard Edition for $18.65 (reg. $59.99) shipped! If you’ve been looking for a new game to cure boredom with all the bad weather this one has some stellar reviews!

Write your epic odyssey to become a legendary Spartan hero. Forge your path in a world on the brink of tearing itself apart. Influence how history unfolds in an ever-changing world shaped by your choices. 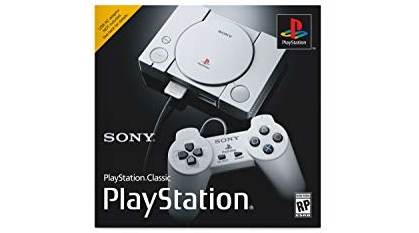 Here’s something nice to spend your gift cards on! 🙂 Amazon.com is offering up a deal on the PlayStation Classic Console for $36.99 (reg. $59.99) shipped!

Introducing PlayStation Classic A miniature recreation of the iconic PlayStation console, pre-loaded with 20 fan-favorite games along with two wired controllers for local multiplayer showdowns and a virtual memory card for vital game saves.

PlayStation Classic also features the same famous logo, button layout and outer packaging – but this mini console is approximately 45% smaller than the original PlayStation and includes a HDMI cable to connect directly to a TV.

PlayStation Classic is the perfect console for retro-loving fans – and for a new generation wanting to experience the dawn of PlayStation for the first time. 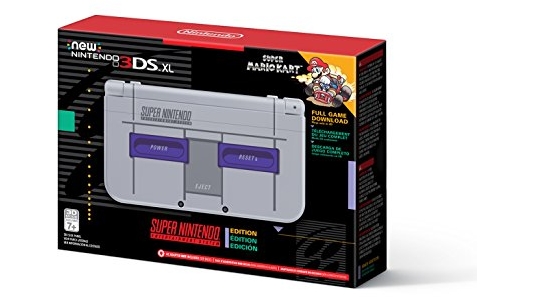 I am seeing this one on a lot of holiday toy lists so you may want to hurry before the price goes up or it sells out… Hurry on over to Amazon where you can score this Nintendo New 3DS XL – Super NES Edition + Super Mario Kart for SNES for $315.55 shipped, which is the lowest price of anywhere! 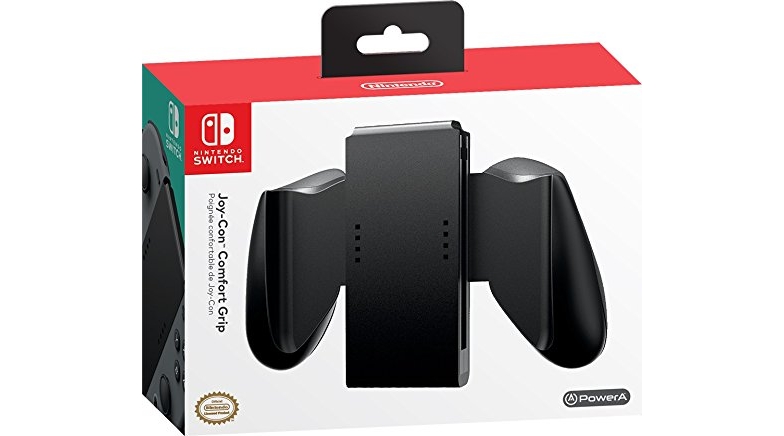 Anyone get a Nintendo Switch for Christmas? 😉 Hurry on over to Amazon where you can score this Nintendo Switch Joy-Con Comfort Grip – Black for $9.88 (reg. $14.99) shipped, which is the lowest price we’ve seen. Gotta love these year-end deals. 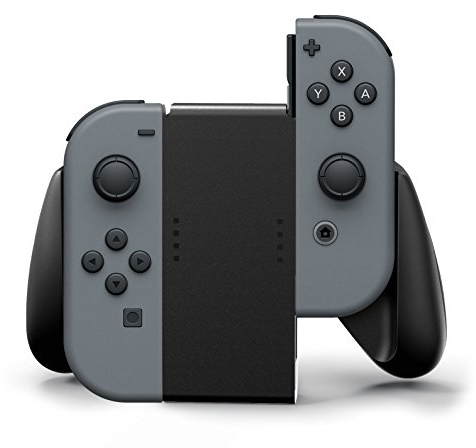 If you love Nintendo Switch, you’re going to spend a lot of time playing it. The Comfort Grip brings the left and right Joy-Con Controllers together to make one comfortable controller, so you can play as long as you like. Ergonomic, rubber grips will keep your palms happy and your fingers from cramping. ProTip: the Comfort Grip stands up on its own and looks great next to your Nintendo Switch Dock.

Get one email a day with our daily deals! 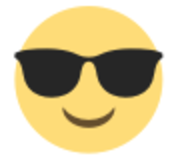 Get all the hottest Amazon deals in your news feed!
Done

Get all the hottest Amazon deals delivered!
Let's do this >>
No thanks, I'd rather miss these deals.
You may opt out of emails at any time by following the easy 1-click opt-out in each email, we're not monsters. :)